How To Conduct, Not Control, Market Research It’s human nature to believe in what we want to believe, even if the facts point in a different direction. So why do we hold on so stubbornly even when faced with contradictory evidence? Mostly because it’s inconvenient for us to have to reassess what we hold true. It creates more work, sometimes undoing months of work and thousands of dollars spent. It often gets wildly uncomfortable in a workplace setting. But, the dilemma of questioning held beliefs is the basis of good market research. It’s what separates the innovators from the conformers. And in a world where the competition is tough, you want to be on the side of innovation.

Letting Go of the Ego

Many clients come knocking at the door of market researchers hoping for research that will validate their existing ideas. Many research firms will gladly acquiesce to this request without question and go about conducting research to confirm their client’s beliefs. But the companies that truly want to break through the noise, the ones that want to disrupt their industries, the ones looking to scale and gain market share, and are comfortable in the unknown, these are the companies that know the old ways aren’t working anymore. They know that good research is conducted without bias, bad research is controlled by biases.

It’s easy to consider surprising insights, aka data that is contradictory to their beliefs, as anomalies to explain rather than seeing them as opportunities that should be explored. What some may view as a golden nugget of truth, others will consider an inconvenient truth.

Another common mistake is a false dependence on mining and analyzing big data. However, more often than not, the data that they are mining is a collection of past behaviors which may or may not be relevant to their current situation. Relying on big data prevents clients from discovering more relevant and insightful data that can drive innovation, help anticipate market disruptions, and predict long-term customer behavior.

In addition to violating the codes of research by failing to be objective, researchers often fall victim to a number of other research biases. Whether consciously or unconsciously executed, research bias can greatly skew research findings. And generating fabricated truths that will not serve the client in the long run. Let’s take a deeper dive into a few of the most common research biases.

When a researcher inserts their opinion or preference into the structure and methods of the research rather than structuring it in a way that works best for the research context.

When a researcher excludes a selection of the population, resulting in a more uni-dimensional participant group rather than a diverse group with varying opinions for comparison.

When a researcher’s personal preference affects how sample data is gathered in both qualitative and quantitative research.

When a researcher analyzes data with the intention to seek out data samples that confirm their own thoughts and expectations.

Bias can insert itself at any point within the research process, skewing data in a way that could ultimately lead clients to make poor decisions. In 2016, technology company Oculus introduced the world of virtual reality to the general public with the launch of The Verge virtual headset. It was a hit, but unfortunately, it was a hit for just half the population. You see, when the research and design team at Oculus was working on developing the goggles, they didn’t think to include female participants in their study. Yep. They excluded half the population.

The result was a product built solely to a male’s physical specifications. The Verge headset lenses were set too far apart, the head strap was uncomfortable and didn’t accommodate for larger or stylized hair, and the gloves were far too big for smaller female hands. Whether the product research team intentionally excluded women because they assumed that females wouldn’t be part of their customer base, or unintentionally by mistake, this is a classic example of sampling bias.

We’ve covered some of the mistakes that companies and researchers make when conducting research, now let’s discuss what good research practices should involve.

Sound research methodologies are crucial as the decisions that are made based on research findings will determine the success of a company’s product/service and possibly their business as a whole. In the words of Rebel Founder, Leah Hacker,

Research can give you a really clear picture of where you are right now today, and what your next five steps in the market need to be…it can help you find where you have opportunity to grow your market share in a segment that may not be top of mind for you right now.

In addition to having the right people conducting market research in a truly objective and unbiased way, recruiting a representative sample group is equally important. You may think the broader the audience in the sample group the better but that isn’t always exactly the case, nor is having too narrow of an audience. The danger of recruiting a broad audience is that the client will gain the perspective of people that may never fit within the category of being a potential customer. And working with a narrow audience may not be an accurate representation of the target market, yielding results that are irrelevant to the client. To benchmark what the sweet spot should be when recruiting, consider the rule of 80/20, “if 80% of your sales come from 20% of customers, your research should focus on these more influential customers” (Digsite).

Put Yourself in the Customers’ Shoes

When putting together a consumer study, researchers need to consider the experience from the participants’ perspective. Creating an environment where participants feel comfortable to be open and honest is essential to gathering accurate data. This requires the research team to clearly explain the intention behind the study to the participants without projecting their own opinions and preferences; they should also convey that all responses are welcome and that there are no right or wrong answers. When putting together a lengthy assignment such as a survey, consider the length of the task.

Most people have a short attention span, so a survey that takes more than 20 mins to complete statistically will provide lower quality insights than a shorter survey. Another thing to be wary of when putting together a survey is the number of surveys that your participant pool has taken in the past. Those who have been over-surveyed in the past will have a tendency to tune out during the process and what’s left are those who either feel very positive or very negative about the product/service being surveyed, creating skewed data.

Don’t Get Attached to Your Ideas

Whether companies are utilizing their own internal research team or hiring an outside research firm to conduct research, it is important that researchers detach themselves from what they perceive the brand to be. Having preconceived notions about the brand and how it should be represented will affect how data is collected and analyzed. Researchers should not be conducting research to validate their idea/hypothesis but rather to discover the truth of what participants are thinking.

Take Everything with a Grain of Salt

Recognizing that a participant’s individual situation impacts their responses as much as their attitudes do, is something that researchers need to keep in mind when gathering data. Something else to be wary of is the reliance on self-reported data. Sometimes people say one thing when they really mean something else but not intentionally; people often are incapable of explaining why they do things, they just do or say what they feel in the moment. In order to avoid this, researchers can learn to ask better questions and more follow-up questions to help clarify and dig into responses to get the most accurate information.

Leave your opinions at the door

So often we see researchers interpreting data in their favor because we all have a natural tendency of wanting to see things in a way that is consistent with our own beliefs. Keeping personal bias out of data collection and analysis is tricky because biases often are something that happens on a subconscious level. To limit confirmation bias when looking at raw data, utilize visuals to interpret the data to paint a clearer picture. Plotting data into graphs and charts is a great way to identify patterns and eliminate the need for human interpretation, which could sometimes be clouded by what the researcher wants to focus on or prove.

Did you know that our brains can absorb illustrative content 60,000 times faster than text? 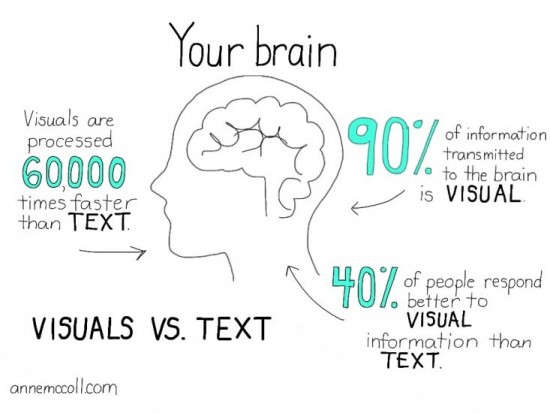 As researchers, finding data that is consistent with their hypothesis is a big win, but what they often fail to see are the learnings hidden within the outlier data points. Pay attention to the outliers as they may have something surprising and insightful to say. Another outlier that shouldn’t be ignored are those on the team that may not agree with the data; allow them to follow up on their hunches and compare findings. By doing this you open the opportunity to uncover insights that otherwise would’ve been lost had the team not challenged themselves to explore deeper.

Case Study: The Value of Outliers

An outlier can either confirm or refute your ideas, it’s what you decide to do with this outlier data point that holds the magic. When Aaron Patzer hit the streets with his team to survey people on his idea for what would become mint.com, only one of the eighty people surveyed said they would utilize the tool. Statistically, researchers will see this outlier data point and dismiss it but Patzer saw this one lone yes as a reason to continue with his idea. Mint eventually became a huge success and sold for $170 million just three years later. Not to say that you should always go against the data and go with the outlier as a general rule of thumb, but it’s definitely worth considering when you’re analyzing your data.

Market Research in a Nutshell

To conduct market research, you must relinquish your urge to control the situation. Easier said than done right? Yes, it is human nature to insert our own thoughts and opinions into things but truth cannot be revealed when the data is guided and interpreted towards a desired direction. And massive, disruptive change can take place when we actually listen to our customers. Any research firm that bases its methodology on finding ways to support a client’s theory is not serving the client with their long-term business strategy. Challenging the norm and held beliefs is not only important, it is necessary for innovation – after all, isn’t that what we’re all looking to achieve? A little disruption and innovation goes a long way to gain a competitive edge.

Research and strategy are kind of our thing, so if you have any questions or are interested in seeing what our team can do for you, we’re here to chat.

Rules Are Made To Be Broken: The 5 Rules of Business Strategy That Companies Should Break To Get Ahead in 2022

From Physics to Business Transformation: Why Momentum is Important